VS Solution Dependency Visualizer was originally started as a tool to generate dependency charts of projects and assemblies contained in a Visual Studio Solution (.sln) file.

As the program evolved, textual analysis features have been included: display lists of referencing and referenced projects and assemblies, list containing directories, etc. 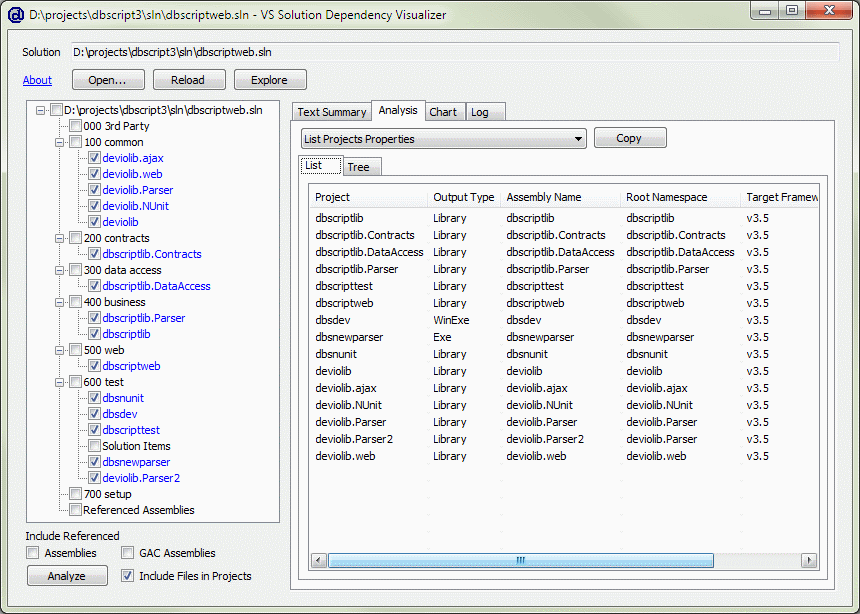 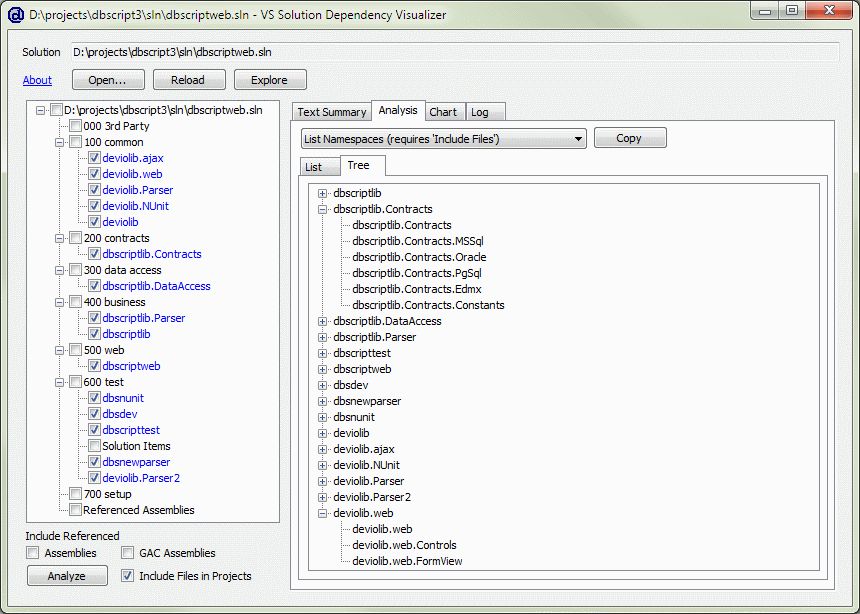 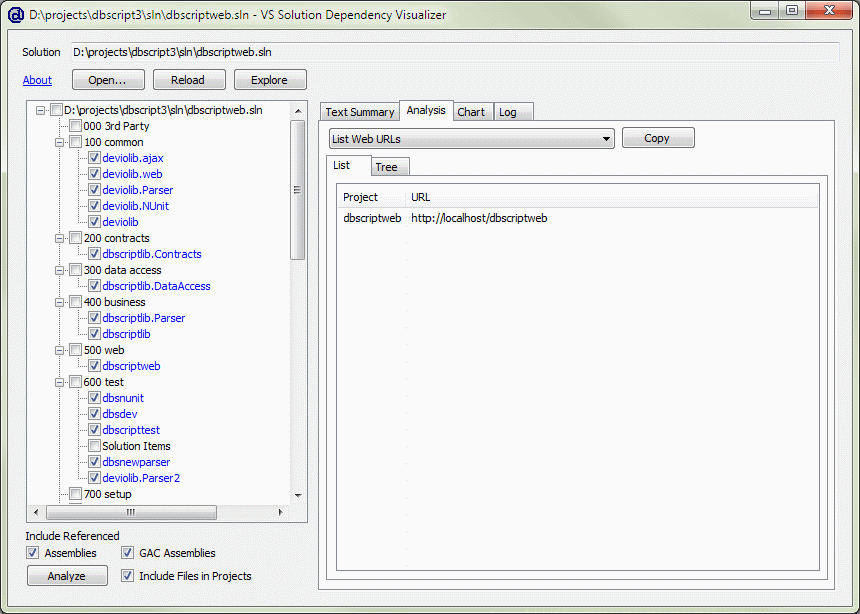 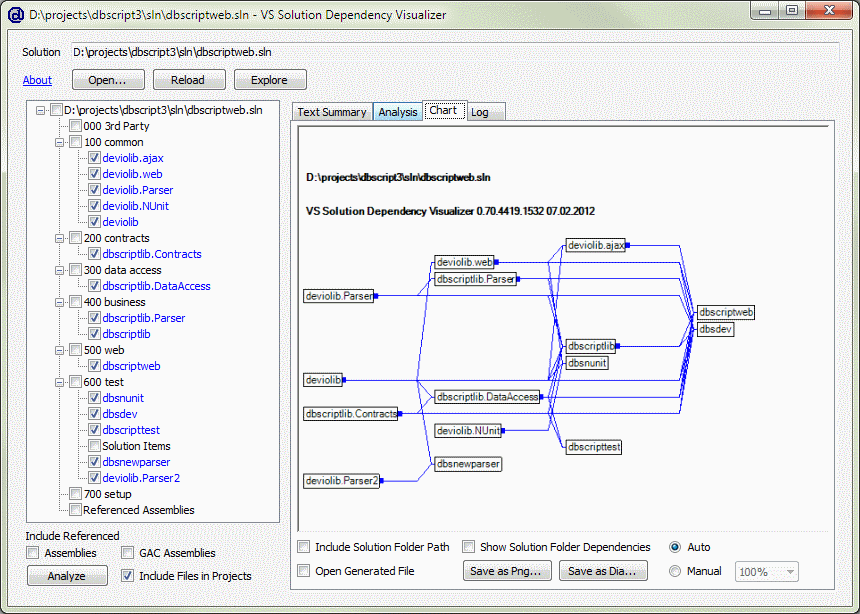 The application’s user interface has been re-worked so that the dependency chart is now contained in a tab of the (single) main window. 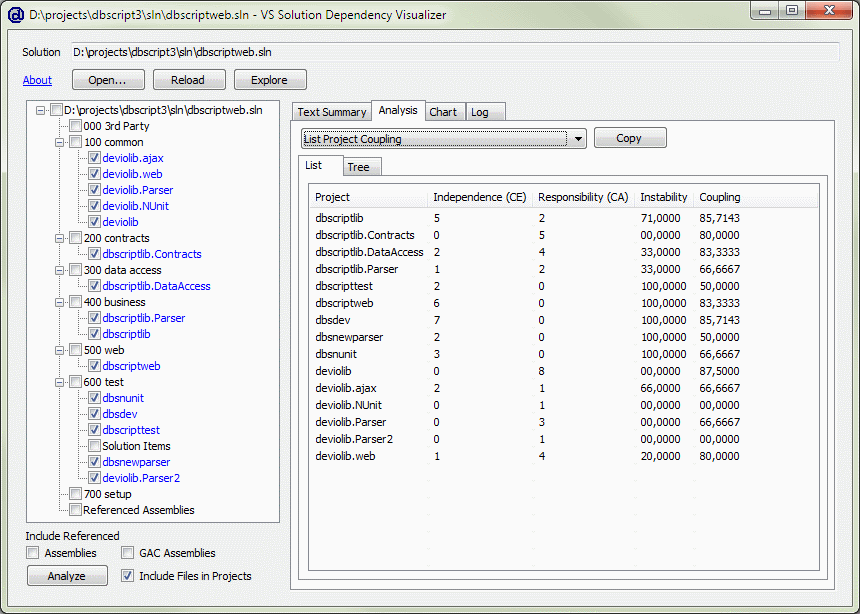 More screenshots can be viewed in the gallery. As usual, the latest release of VS Solution Dependency Viewer is available for download here.

This site uses Akismet to reduce spam. Learn how your comment data is processed.